Complications from Athletic Amenorrhea in Powerlifting

Welcome back to our series on Strength Sports or those sports that involve cutting weight in general and the problem of athletic amenorrhea in women.  But since this is Powerlifting4women forum, we will focus on Powerlifting.

In the last article, we presented a general overview of amenorrhea or menstrual inconsistency. Today we are going to focus on how it comes about.

The first thing to note is that, historically, athletic amenorrhea isn’t something that has been talked about much in powerlifting. Some female athletes don’t actually know what it is, or the dangers that are associated with it, or the behaviours that they might be taking part in that puts them at risk for it.

Lack of awareness in strength sports about athletic amenorrhea in women.

This lack of awareness is often made worse by the fact that as a new lifter we are guided into our weight class usually by our brilliant coach. But many powerlifting coaches are males, and, most of them won’t even know what amenorrhea is, and honestly, they probably would rather not know. This situation is not ideal given the direction they’re pushing their female lifters in. Such programs can have long-term effects on a female athlete’s overall health.

Why do powerlifting athletes cut weight?

Unfortunately, too many coaches, because they want their lifters in lower weight classes, insist their athletes cut

weight. The reason for this is typically that they want to increase the chances for a higher IPF score.  Also, many think the ‘shredded look‘ is a better look for their coaching.

The reality, however, is that the behaviour associated with many weight cuts, particularly extreme weight cuts, is dangerous, especially when one is constantly on a calorie deficit and not getting enough fuel in the body, and not eating a balanced diet. Such behaviour can lead to serious complications for women like amenorrhea.

What issues can extreme weight cuts cause in female powerlifting athletes?

Disorders of the hypothalamus can affect menstruation, causing amenorrhea. For many women, the cause of irregular or absent menstruation is functional hypothalamic amenorrhea (FHA). FHA is a hormonal imbalance related to stress, exercising too much or consuming too few calories, or a combination of it all. 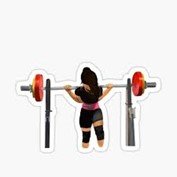 Physical stress affects the functioning of the hypothalamus which connects the brain to the endocrine system. When under stress the hypothalamus goes to sleep, halting the production of gonadotropin-releasing hormone (GnRH). GnRH is what signals the ovaries to produce estrogen, amongst other things. Without estrogen, ovulation and menstruation stop.

When a woman eats too little and overtrains the body perceives this as a massive stress. This lack of menstruation in elite athletes, bodybuilders, and others who do sports that involve weight cutting. These athletes describe irregular periods or even the total absence of menstruation for multiple months.

Hypothalamic amenorrhea is confirmed by ruling out other possible diagnoses. Conditions such as pregnancy, benign tumours of the pituitary gland, or thyroid gland disorders are a few other conditions that may cause similar symptoms.

How do low levels of body fat affect women athletes?

Lower levels of body fat for women, unlike for men, can be dangerous especially if they want to have a family in the future– the female body cannot menstruate below a certain percentage of body fat.

Exercising makes the body release certain hormones, such as beta-endorphins and catecholamines. High levels of these hormones are thought to affect how oestrogen and progesterone work.

The combination of all these can be dangerous for female athletes. This is not to say that weight cuts are bad and should not be done. To be realistic, if you want to be the best in your sport you will most likely need to weight cut a bit, but this can be done smartly and in a way that empowers you and does not have long-term physical or mental health implications.

What can I do if I am a female athlete concerned about extreme weight cuts?

If you are struggling with weight cuts, reach out and we can refer you to a dietitian.

As a female athlete, it is up to you to ensure your coach understands these issues and has your best interests at heart. Powerlifting may be a hobby for you, but the consequences of bad preps can be serious.

Great lifting coaches for females come in all genders but ensure that they understand what they are asking of you.

About our Expert: Who is Hannah Altman?


Get in touch with Hannah Altman

Complications from Athletic Amenorrhea in Powerlifting

The Dangers and Complications of Athletic Amenorrhea, or menstrual inconsistency, are especially prominent in any weight-based sport, including powerlifting, weightlifting, bodybuilding, and boxing.  Weight manipulation, even when done under the guidance of a nutrition professional, can result in this condition.

Athletic amenorrhoea can be caused by a range of factors related to over-exercising and weight manipulation, which include the following: 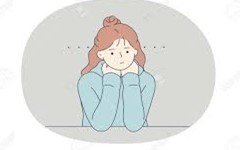 A risk directly related to athletic amenorrhea is musculoskeletal injury, particularly in the latter stages of a comp prep when the load is getting heavier and the body is breaking down more. Research done in the US has stated that, athletes who reported menstrual inconsistency sustained a higher percentage of severe injuries when taking part in high-level sports than athletes who did not suffer such inconsistency due to their weight cuts. 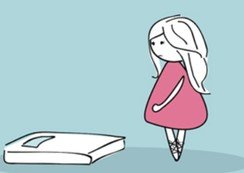 Research has also found that female athletes who take part in weight cuts are 3x more likely to suffer a competition ending injury days out from a competition when they develop athletic anemia. 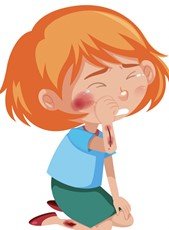 The long-term complications of untreated athletic amenorrhoea include:

That’s why it is key that coaches understand the whole process of weight cutting, and that female lifters are different than male lifters, particularly when it comes to weight cuts.

Treatment options for athletic amenorrhoea depend on the person, but these can include:

About our Expert: Who is Hannah Altman?

Get in touch with Hannah Altman