As I stood on the worlds podium in 2016, having just won 3rd place for squats, it was a real moment of reflection and somewhat disbelief. How did I get here? 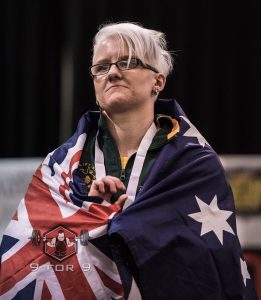 April 2015: So, here’s me, 22-year-old Kathryn, meeting another commercial gym PT. I’d been through a few, not really knowing what I was doing. Just knowing I should probably work out and get healthier. It had been this way for 3 years. He took me over to the squat racks and we got started. I was weighing around 54kgs at the time, still in the mindset of wanting to be skinnier. Then I squatted 75kgs. No knee sleeves, just a belt. Then we benched. I managed 50kgs. Finally deadlifts. 82.5kgs. Oh yeah, this is pretty fun. He told me this was powerlifting, and I was hooked.

Went home and started watching a load of YouTube videos about powerlifting. Over the next few months I invested in good equipment and really focused on training. Probably the most effort I’d put into anything in my life. Fast forward to September, was the next testing day. I’d been looking at competing by the end of the year. I’d realized that my numbers at my age and weight class were pretty good. Testing resulted in a 100kg squat, 60kg bench and 120kg deadlift. Two days later my PT goes missing. I’m stuck. Feel a little lost, but one thing is for sure. I’m not giving up.

So, I went and found myself a real powerlifting coach. 5 weeks later I stepped on the platform for the first time.

Fast forward, March 2016. I just competed in my third competition where I totaled 307.5 at 52kgs. I got an email in my inbox saying I’d been selected for the worlds team. I was overwhelmed. Training and competing for less than a year and I was about to represent the country. 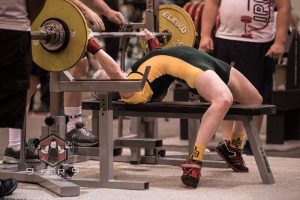 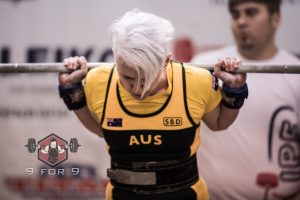 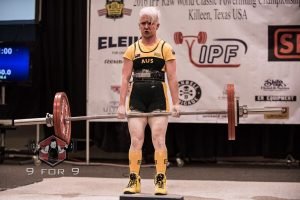 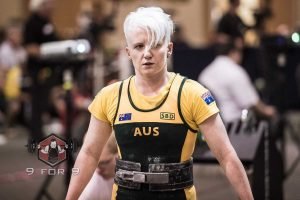 Killeen, Texas, USA. June 2016, I competed in the green and gold. I squatted 122.5kg – junior national record. Benched 62.5kg and deadlifted 142.5kg. I placed 6th overall but got to stand on the podium to receive my bronze medal for the squat. This was a life changing moment and from then on, I knew this is what I wanted to do.

I went on to win the Junior National Championships later that year and broke the squat record again with 128kgs at 52kgs.

Since then I competed in my first Open Nationals in 2017, moved up a weight class and have recently opened my own training facility in Yatala, QLD.

I love powerlifting and I love what it has done for me. If anything I want to be an example to all women that you can achieve whatever it is you set your mind to.