My name is Sarah Wheal and I’m an Elite Master’s Powerlifter. I feel like this would be a good introduction at Powerlifter’s Anonymous…

I can probably count the number of sporting successes I had before I turned 40 on one hand. I joined the Air Force in my early 20’s, but was by no means “fit” – I could barely pass my fitness test. I smoked, drank, was a little plump, and didn’t go to the gym except when I had to do “remedial” PT after failing my fitness test each year. 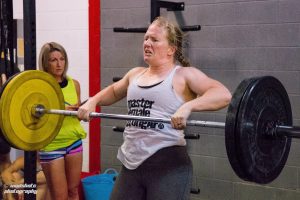 In about 2008 I decided I wanted to be an Instructor at Officers’ Training School and thought I should probably be at least as fit as the students I was planning to set an example for. I finally managed to quit smoking, lost some weight and started going to the gym. Over the next few years, I did some fun runs, cycled, tried the 12 Week Body Transformation a few times, and then in 2012 started doing CrossFit. 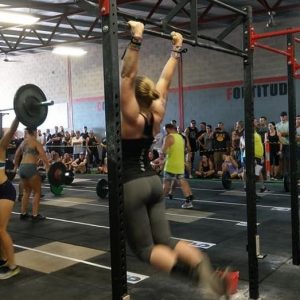 CrossFit became my happy place for the next 5 years, taking me to some cool places, doing some great fast exercising, entering local competitions, volunteering at major events and finding an amazing community. I dabbled in competitive Olympic lifting, but the reality was that I was much better at squat and deadlift than anything else. I persisted with oly because I actually saw it as superior to powerlifting (I was so wrong!). 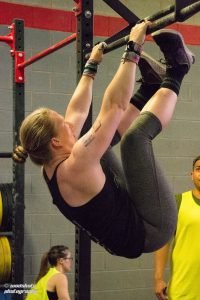 Roll on to December 2017 and I decided that I wanted to aim higher. I set myself a 5 year goal of making the top 200 in my age group for CrossFit. I started training twice a day. In January 2018 we did the CrossFit Total (squat, strict press and deadlift) and I added another 20kg to my total.

A chance conversation inspired me to enter a local powerlifting competition. I turned up with no idea, the wrong socks, CrossFit technique and no handler or coach. I was really lucky that this tiny woman called Liz decided I looked lost and took pity on me. She got me through the meet, and I came second to the incredible Jesse Akister in 72kg class, with a total of 330kg. 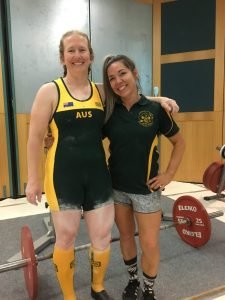 Liz (who turned out to be none other than Liz Craven) suggested that it would be a good idea if I trained with her. She was right. Over 2018, I competed in the Matti Tikka Challenge, then Masters Nationals. At my first nationals appearance I came third, and was able to secure a place in the Australian team for the Oceania Powerlifting Championship, where I won my class and came second over all in Masters Women with a total of 362.5 (Wilks 356.48).

I love powerlifting. I love that it’s about what you can do, not how you look. I love the strong women I have met and look forward to learning more from them all as I grow in this sport.